Your guide to the 2019 motorsport season Don’t let Lewis Hamilton’s recent domination of Formula 1 make you think that there isn’t close competition in the world of motorsport. After all, there are thousands of competitions around the globe each year, many with manufacturer-backed teams and exciting racing action.

But, where to start?

For 2019, Total has you covered. We have a long and storied heritage when it comes to motorsport partnerships, from our ELF brand being associated with Sir Jackie Stewart in the 1970s, to Total and Peugeot conquering the fearsome Dakar rally three times in a row between 2016 and 2018. This season, we have a more diverse range of allegiances than ever, hopefully driving us to further success, and you towards new and exciting forms of racing.

Read on to see which forms of competition we are competing in this year and why they are so exciting. 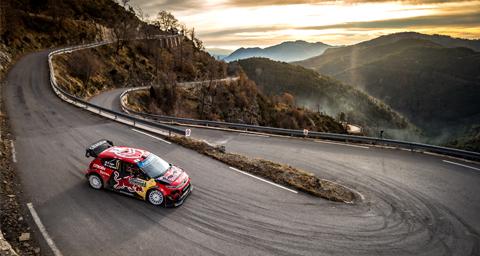 Since 2017, the WRC has been in the form of its life. With 300 km three-day rallies being decided by as close as 0.4 seconds, the competition is the closest it has ever been. With four different teams and legendary drivers competing alongside a new crop of young guns, 2019 is set to be enthralling.

Round one has already been completed, with Sébastien Ogier, Citroën and Total winning overall – the 100th victory for Citroën in the WRC. Proving how close the series has become, Ogier won ahead of Hyundai’s Thierry Neuville by only 2.2 seconds, the closest ever in Monte Carlo rally history.

The WRC should be at the top of your list to follow this season, via wrc.com or on television in the UK via BT Sport. 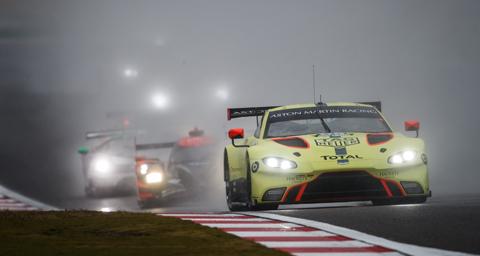 Some argue that the most prestigious race in the world is the 24 Hours of Le Mans, held in high regard alongside the Monaco Grand Prix and the Indy 500. We don’t disagree.

When it comes to endurance, a true test of teamwork and machine reliability, nothing comes close. All drivers are pushing the limits for 24 hours straight, making performance and efficiency paramount deliverables.

This is why Aston Martin racing chooses Total as its lubricant development partner. Our dedicated Le Mans team work through the event to provide the Aston Martin Vantage GTE cars with optimum fuel and oils, helping them take a historic victory in 2017. If two wheels are more your scene, or if you’ve never seriously watched motorcycle racing, then WorldSBK could be for you. Jonathan Rea, from Northern Ireland, has won the last four world championships in a row, riding for the Kawasaki Racing Team – and ELF MOTO is the lubricant partner.

For 2019, Rea is joined in the team by competitive rider Leon Haslam. It’s going to be a fascinating season ahead to see if anyone can break Rea’s run of incredible success – tough competition is expected from rivals such as Chaz Davies, Marco Melandri and more. The 2019 season starts in Australia on the 22nd of February and coverage is on ITV4 and Eurosport in the UK.

Working together with such a competitive team and riders has enabled Total to learn from the best in the world, and apply the findings to the road-going ELF MOTO motorcycle lubricant range. Formula E exists to push the boundaries, showing the world that pure-electric vehicles can be exciting. The future of motorsport isn’t in ten years, Formula E is achieving it right now.

With the current championship starting towards the end of 2018, there are still ten races to go in the 18/19 season, known as ‘season five’. Upcoming locations include Mexico in February, Paris in April and finishing in New York this July.

Recently, the Formula E cars were upgraded to ‘Gen2’ rules, which means a striking design, enhanced safety and much-improved battery performance providing not only more speed, but also range – Formula E racers no longer need to pit halfway through races to switch cars, they now last the whole distance.

Total is a partner of the DS Techeetah Formula E Team, and drivers André LOTTERER and reigning champion Jean-Éric VERGNE have shown prodigious pace in the early races. We used this development relationship to help create a new range of QUARTZ EV lubricants, available soon.

2019 is a great time to try Formula E if you haven’t already, thanks to the new and exciting cars, but also because live coverage is free on YouTube and the BBC in the UK this year. No matter which motorsport discipline you enjoy, or which series you decide to try this year, we hope you enjoy it. With extensive coverage online and on TV in the UK, access is easy. If you enjoy other forms of motorsport, then please let us know in the comments on our Facebook page.

We shall be watching across the year and rest assured that all of our racing partnership provide extensive data and research that continually improve our range of lubricants.

Discover our range of automotive lubricants