The differences between gear oil grades 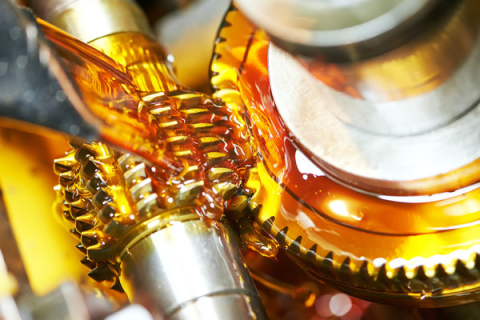 If you’re looking for a gear oil that will protect your gearbox and/or transmission, you need to make sure your oil has the correct grade. While this can be found out via Total Lub Advisor or your owner’s manual, it’s worth understanding the meaning behind and differences between gear oil grades. Here’s everything you need to know, from base oil grades, to additives, to common gearbox oil grading systems.

What are gear oil base grades?

The base grade of a gear oil shows its underlying properties and is determined by a GL number:

On top of the base oil grade are conventional gear oil grading systems.

What are gear oil grades?

Conventional gear oil grades are what you will encounter when shopping for gear oil. The two most common of these are the SAE and ISO grades, with SAE for automotive and ISO for industrial applications.

SAE grades are used to label all sorts of lubricants, but for gear oils, only SAE numbers of 60 or above are used.

Multigrade SAE gearbox oil grades include two numbers separated by a ‘W’ (75W140, for instance), with the initial number before the ‘W’ indicating performance at 0°C and the number after showing the lube’s performance at 100°C. As with monograde oils, the higher the number, the greater its viscosity.

ISO grades are used alongside industrial gear oils. A single number, the higher the figure, the higher the viscosity, with the grade number closely mirroring the mid-point viscosity number in centistokes (cSt) – for instance, ISO 3 equals 3.2 cSt and ISO 220 equals 220 cSt.

Which is better – higher or lower viscosity?

Lower and higher viscosity oils are suited to different applications.

BROWSE OUR GEAR AND TRANSMISSION LUBRICANTS