TWP Manufacturing was founded in 1996 and is a high-quality presswork and injection molding business servicing a wide variety of sectors including automotive, construction, electrical and white goods through to high-profile leisure and retail brands.

TWP believes strongly in continued investment in its workforce and its facilities as part of the Group’s commitment to playing a part in the UK manufacturing success story.

A good working environment and the health and safety of staff are vitally important to TWP Manufacturing so concerns about smoke, mist, and an undesirable odor within their plant were taken very seriously.

The root of the problem was traced to the oils used. They had a low flash point, so evaporated quickly and caused smoke in the plant, as well as a heavy smell that hit workers and visitors immediately upon entering. 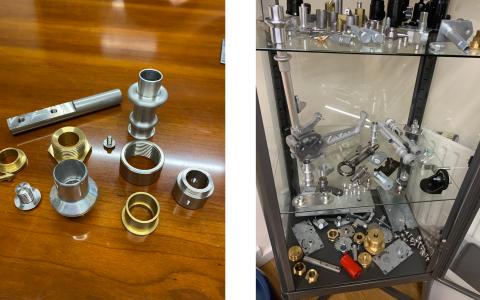 TWP wanted a solution to create a better environment for workers, addressing the health and safety issues associated with the smoke and smell (even when using air filtration on the machines).

Less smoke also gives more lifetime to the after filters and reduces costs in the long term.

Phil Stanley, director of TWP, already had the experience of working with TotalEnergies successfully on metalworking solutions and approached the firm once again to support with this challenge.

TotalEnergies recommended Valona MS 7023 HC, a chlorine-free neat cutting oil dedicated to both ferrous and non-ferrous metals cutting.  It is widely used in cutting operations on hard and very hard steels, on special, stainless, and refractory steels, and on titanium alloys (aviation and medical applications).

Formulated from premium stock, Valona offered a number of advantages:

Within the first few weeks, a noticeable reduction in odor, smoke, and mist was noticed. The oil additions required have decreased significantly. Over a few months, a 20% increase was achieved in the life of the tools.

Valona has given TWP more confidence in lights-out manufacturing due to its high flash point and the oil lasting longer. There is now less smoke when hitting the job with more feed rates. This has also reduced TWP’s time cycle as well as improving productivity.

TWP's Phil Stanley said: “As a business thats takes worker welfare very seriously, we were very worried about the smoke, mist, and smell affecting the workshops and wanted to find a better way. With weeks of switching to TotalEnergies' Valona oil, we saw real improvements. The air in the workshop is cleaner and our team members felt safer and more confident at work as a result". 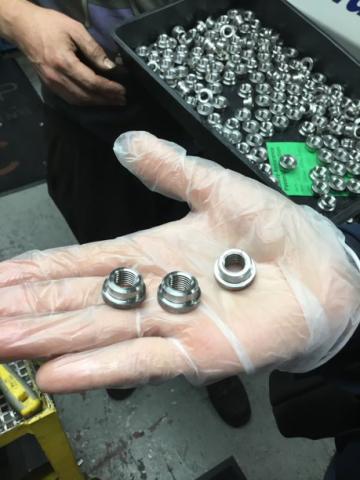 Phil continued“We have seen longer-term benefits too. Tool lifespans have increased by about 20% in the time we have been using Valona. This is particularly good to see as it helps us make our investment in high-performing machinery go that bit further."

Download our Technical and Saftey Data Sheets for Valona